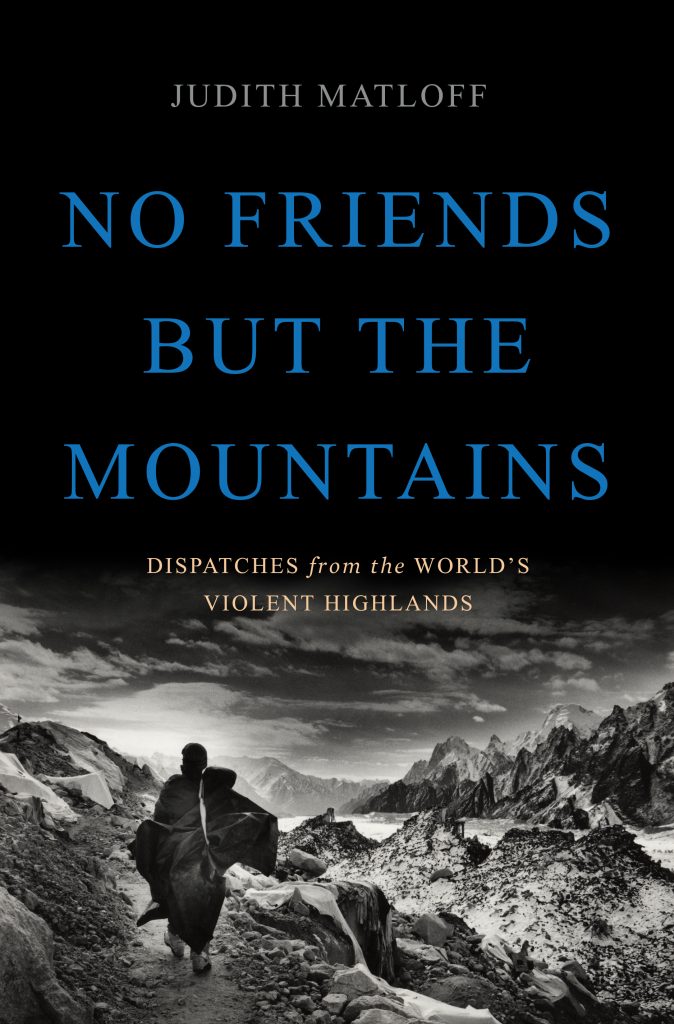 Mountainous regions are home to only ten percent of the world’s population yet host a strikingly disproportionate share of the world’s conflicts. Mountains provide a natural refuge for those who want to elude authority, and their remoteness has allowed archaic practices to persist well into our globalized era.

The result is a combustible mix that those in the lowlands cannot afford to ignore. Traveling to conflict zones across the world, Matloff introduces us to Albanian teenagers involved in ancient blood feuds; Mexican peasants hunting down violent poppy growers; and jihadists who have resisted the Russian military for decades. At every stop, Matloff reminds us that the drugs, terrorism, and instability cascading down the mountainside affect us all.

“Americans discount geography precisely because they have been the beneficiaries of it. People elsewhere know better. Judith Matloff’s book is an indefatigable journalistic exploration of how mountains shape, sustain, and even determine war and culture around the world. Her argument, which her reporting makes undeniable, is at once obvious and original.”

—Robert D. Kaplan, author of The Revenge of Geography

“In “No Friends But the Mountains,” Judith Matloff has delivered a vital, deeply revealing book of political travelogue and intrepid correspondence. She is the ideal witness – learned, dogged, skeptical, but always listening out for new and credible voices. This is classical international journalism of the highest order.”

—Steve Coll, dean of the Columbia Graduate School and staff writer for The New Yorker

“A fascinating, informative and compassionate tour of some of the world’s more scenic and rarefied trouble spots….Matloff is a skilled and courageous journalist adept at sketching the realities.”

“Brave, engaging, keenly observant…Matloff reveals the rich, surprising, and perplexing life of places too often diminished by the flat imagery of war.”

“Told with a sense of drama by someone who has clearly done her fieldwork.”

“impressive and necessary… Matloff approaches her topic with a magic combination of wisdom and empathy, and it is impossible to not be moved.” — Emily Dziuban

“Matloff brings an impressive sensitivity to the genius loci embraced by mountain people, the spirit of place, the imagination to endow a mountain with personality: the sacredness of Fuji, the devilry of Etna.”

“A tightly focused study of mountain societies that hints at future conflicts.”

“This accessible read will appeal to those interested in geography’s ability to alter the course of human events as well as its role in explaining global trends.”

“Judging by Judith Matloff ’s boldness, adept dealings with objective danger, and handling of high-pressure moments, if she was a mountaineer she’d probably have a golden ice axe. As it is she has a very good book to her name.”