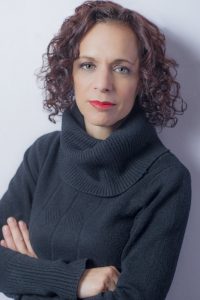 Over 40 years as a journalist, she has covered top international stories including Rwanda’s genocide, apartheid and the rise of Vladimir Putin. Her essays have appeared in The New York Times Magazine, Forbes, the Financial Times, The Los Angeles Times and The Wall Street Journal. Earlier in her career, Matloff headed the Moscow and Africa bureaus of the Christian Science Monitor and she spent a decade reporting for Reuters from various countries.

Matloff consults for leading organizations around the world, and has pioneered protocols for digital, gender and physical security. Clients have included NBC, the United Nations, the Society of Professional Journalists, Doc Society, Magnum, the State Department, the Knight Center for Journalism in the Americas, the International Women’s Media Foundation and the American Federation of Television and Radio Artists. Her training company, Security Rules LLC, offers workshops for a wide variety of dangerous situations.

Matloff’s latest book, How to Drag a Body and Other Safety Tips You Hope to Never Need, shares expert advice for nearly every conceivable peril. She earlier published No Friends but the Mountains, which drew a link between geography and conflict; Fragments of a Forgotten War, about Angola’s civil war; and Home Girl, which chronicled a Harlem street run by a drug gang.

A graduate of Harvard, her work has won the support of the MacArthur Foundation, the Fulbright and Logan Nonfiction programs and Stanford’s Hoover Institution.

She lives in New York City with her husband and son.